New Polls Are Open For Voting

I love making polls and hopefully everyone enjoys voting on them. :) A lot of YJ fans voted on "What Would You Like More Of From YJ Cave?" and "Do You Want Zatanna To Join The Team?", which I would like to say thanks for voting on the questions!

The Results﻿!For What Would You Like More Of From YJ Cave?

For Do You Want Zatanna To Join The Team 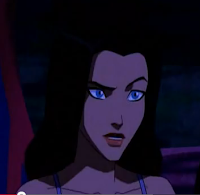 Yes, she would make an awesome teammate took first place with 92 votes (65%)
No, the team would be better without her ended up in second place with 29 votes (20%)
I really don't care is last place with 20 votes (14%)
﻿Two new polls are up for voting.
Posted by YJ Blogger

Type your comment, we all want to know what you have to say!